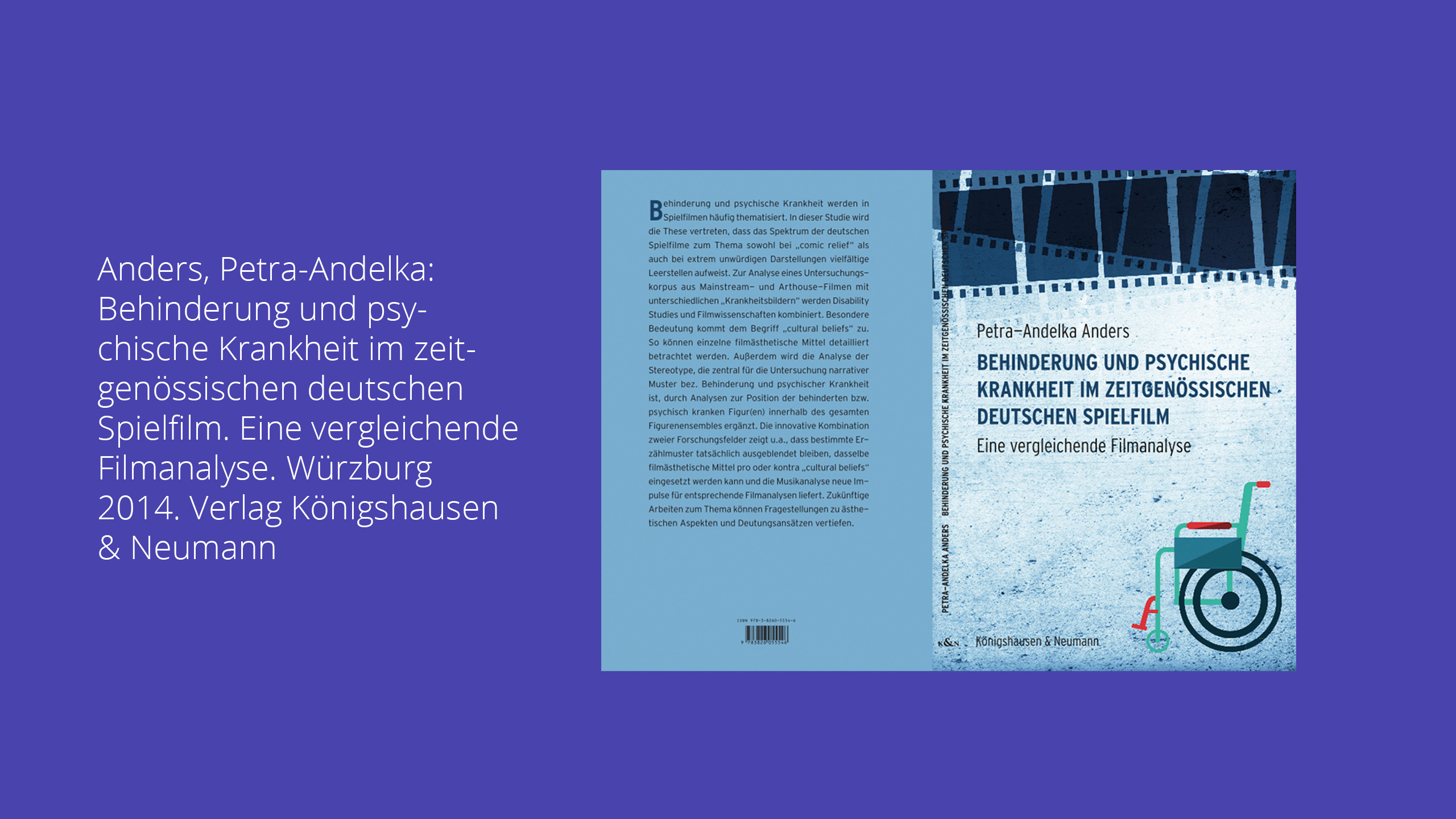 Many films deal with disability and mental health. This study argues that German films that address this topic avoid representations based on ‚comic relief‘ as well as extremely undignified representations. In both cases, the German films create lots of ‚Leerstellen‘ (blank spaces). In order to analyse mainstream and arthouse movies with different clinical pictures, I propose a combination of disability studies and film studies that highlights the term ‚cultural beliefs‘. This provides a closer look at certain aesthetic means (e.g. camera work, musical score). Furthermore, it makes it possible to complete the analysis of stereotypes by referring to the position of the disabled or mentally ill character(s) within the cast. In this study, stereotypes are considered central to narrative paradigms about disability and mental health. Drawing from these two fields of research my analysis shows firstly that certain narrative paradigms are completely absent in German movies. I continue to examine how the same aesthetic form can be used to either perpetuate or to oppose ‚cultural beliefs‘ and finally suggest that a critical focus on the music in films can open up new critical potential in terms of the overlap between disability studies and film studies.